The Fire Academy credits the Chicago Fire Juniors for helping to produce top talent in the area.  The shared coaching philosophy and player development has helped to forge a successful pathway from the Juniors to the Academy.

“As an Academy, we believe the Juniors do a fantastic job of identifying and developing the players who are ready to make the step up,” said Matt Pearson, Head of Youth Scouting. “With our geographical reach, it is an important part of both our Talent ID and Talent Development Process.”

The recruiting and identification process over the course of the year included training and tryouts with the Academy along with their performances at the Fire Juniors Emerging Talent Program, Vegas Cup and Generation Adidas Cup as well as recommendations and evaluations from Directors of Coaching, Clark Brisson (CFJ City) and Jose Smith (CFJ South). Showing that along with providing competitive club football programming for the Chicagoland area, the Juniors provide a player development platform for the Chicago Fire Academy.

Field Jr., Ilich and Nagle join the Academy from the CFJ City Pre-Academy team lead by Coach Johnny Demergis. They represented the Chicago Fire at the inaugural Affiliates GA Cup in Atlanta over Thanksgiving in 2019. The CFJ City Director of Coaching, Clark Brisson, knows these three players will be positive assets to the Academy.

Field Jr. and the coaching staff used his multisport abilities to everyone’s advantage. When Field Jr. was looking to quit to focus on football a couple years ago, Brisson suggested he stay at the club and train as a goalkeeper to reduce his practice time but keep him in soccer.  That shift turned out to be a smart move, as Field Jr. developed into the position and found a talent in goal.

One memory that stands out for Demergis was that of Field Jr.’s penalty kick save against Toronto FC at GA Cup in Atlanta.

Ilich, a mini-Frankowski, will be a strong asset to the U-13 Academy team this coming season.

“His explosive technical skills will be a strength as he transitions to the Academy from the Chicago Fire Juniors,” Demergis commented on Ilich.

“Andrej is a very talented player with excellent balance and athleticism,” Brisson shared about the young player. “He possesses great acceleration to bypass players with the ball and can mark players who possess the ball. He is a very dynamic player who has a bright future.”

Nagle follows in the footsteps of his older brother and sister to the club. While making his presence known at the CIBC Fire Pitch in training and on the sidelines with his siblings, he really made his mark at the 2017 SuperCopa in Rockford.

“The thing that stood out to me about Chase was his ability to play on both sides of the ball,” Brisson remarked on the tournament. “He was the best player on the field for me that day in a highly competitive game and I walked away thinking he would be on my team sheet.”

Ortiz, Rafacz, and Sarna were playing with Coach Ben Vega at CFJ South before being signing with the Academy.

“They do everything they can to help their team achieve success,” says Vega. “Their hard work, humility, and adaptability will all be assets for them in this next challenge. “

Rafacz is an all-around player, never shying away from a new position which has made him an asset on Vega’s team.

“[Derrick] is a great athlete, very good with the ball and uses both feet also,” commented Vega. “He is a smart kid with an incredible work ethic and great leadership skills.”

Rafacz leads by example and is vocal in encouraging his team to fight until the end.  This leadership has been recognized by his teammates, who have voted him captain for the past several seasons, and he will continue to grow as a player and leader with the Academy.

The academy will be gaining a goal scoring machine in Ortiz, who recently was awarded the NPL Fall 2019 Golden Boot after finishing his final game of the season with four goals.  Vega credits his, speed, work ethic, intelligence on the field and willingness to do everything to help the team as reasons why he has and will continue to be a success with the Academy.

“Omar can finish plays himself using his feet or head and can create opportunities for his teammates also,” said Vega. “I’m confident he will do great in this new challenge he has in front of him.”

Michael Sarna will look to be an asset to the Academy U-13 team in much the same way he was to Vega’s team: terrorizing defenders on the wings with his speed and ability score with both feet.

One game in particular comes to mind for Vega in which Michael scored three goals in a National Premier League game. One of those goals was a bicycle kick.  His attitude and teamwork will help him adjust well to the Academy.

Players’ individual skills and work ethic, combined with the shared coaching curriculum, mental skills training, and club culture, all help in the transition from the Chicago Fire Juniors to the Academy.

“One of the advantages of internal recruitment is that players should know what is expected of them when they represent our club, our badge and our city,” says Pearson.

These six player’s work ethic and talent will be assets in the next steps in their career and will hopefully translate into many more successful seasons and a long tenure with the Chicago Fire Football Club. 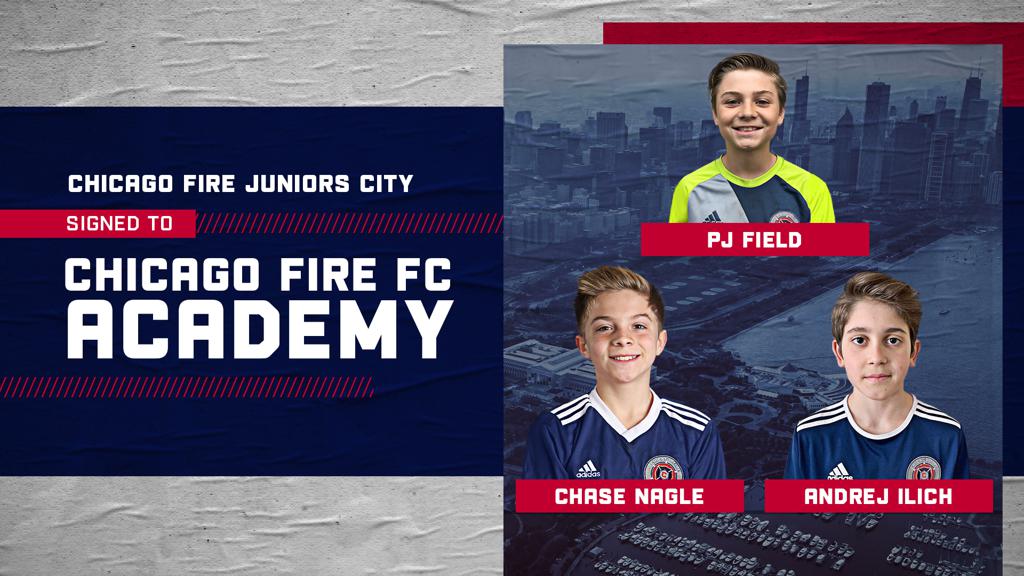 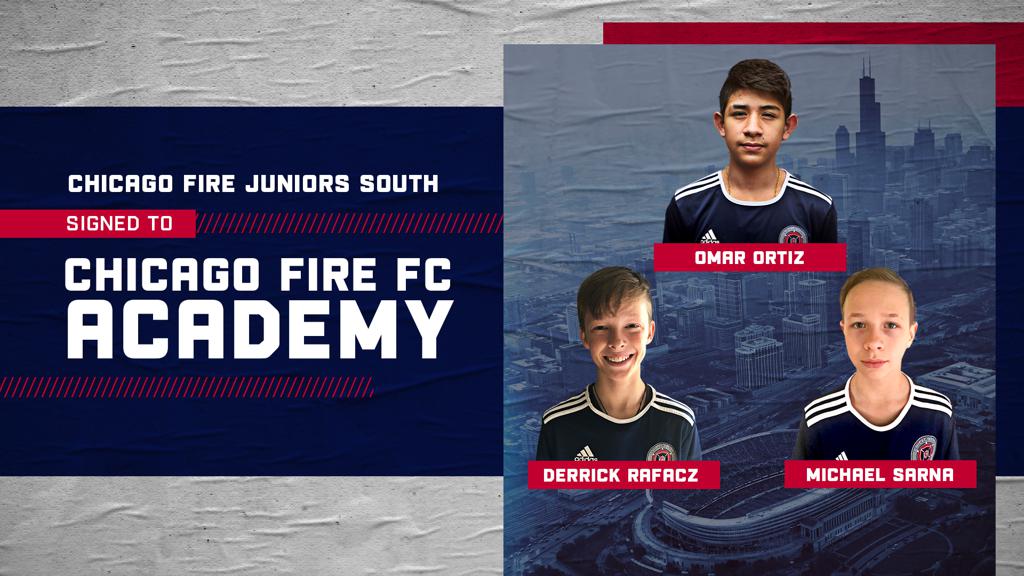